Skip to content
You are here: Homepage » A pandemic, and then what?

A pandemic, and then what?

Examining the impact of the Corona crisis on migrant care workers is key, because elder care Germany rests for a large part on this type of care provision. German households employ up to 500,000 migrant carers. Most migrant care workers in Germany are Polish, but increasingly also Romanian, Bulgarian or Ukrainian. The Corona pandemic, and in particular the restrictions on transnational mobility it brought about, highlights the exploitative nature of this working arrangement.

Migrant care workers find work either through personal contacts or through specialised companies (so-called ‘agencies’) based in Germany or Poland. There are different ways to employ live-ins: on the basis of a German contract, with a Polish contract (in accordance with the EU posted workers directive), as self-employed according to German or Polish regulations, or by directly employing the care worker. The biggest association representing brokering agencies in Germany, VHBP, estimates that 90% of all migrant care workers in German households work without a valid contract.

Most migrant workers providing home-based elder care live in the households where they work (and are thus referred to as ‘live-ins’). Their employment conditions are often at odds with legal requirements concerning minimum wages and working time (including clearly defined working hours and mandatory regular resting periods). Their tasks include housecleaning and laundry, meal preparation, grocery shopping, companionship and supervision, and bodily and treatment care. Intense periods of work (between several weeks and up to three months) are followed by time off at home in the country of origin. When on duty, live-ins have little time and no opportunities for contact with people other than the care receiver(s) and their family. Social media is thus an essential means of communication and an important source of information for migrant live-in workers.

We observed discussions within one of the biggest (in terms of members) Facebook groups for Polish migrant care workers active in private homes across Germany. In such groups, job postings by an individual or a hiring agency offering wages equal to or lower than 1,500 euros per month stir heated debates. These exchanges start with an angry or disdainful comment expressing indignation at the offered wages, featuring some iteration of ‘We’ve got to have self-respect!’. The pandemic accentuated commenters’ resentment: ‘Nowadays, [working] for that kind of money?! And you get the virus for free, as a bonus. Let the ladies from the agency go [work there] themselves!’.

In April 2020, first Polish, then German authorities re-instated border controls and introduced a two-week quarantine obligation after crossing it. This added a new type of recurrent comments under job ads: questions about the quarantine and border controls. Will a written note from the employing family be enough to cross the border? Some workers were also asking about transport, because most bus and minivan companies stopped their usual shuttles between Germany and Poland. Others limited the number of passengers, the frequency of connections, or increased ticket prices. The wealth of questions about quarantine and transport shows that coming and going between work in Germany and one’s household in Poland is a crucial element of live-in care work. Without the possibility to travel home after several weeks on the job, this type of work would not be attractive at all, given relatively low wages (if one had to pay rent and live off those wages in Germany), social isolation, and strenuous working conditions.

Good positions are those where care receivers are still mobile (and hence do not need to be lifted) and carers do not need to get up at night (to change a diaper or empty a stoma bag, for example). That’s how many positions are advertised: ‘Without waking up at night and without lifting’. During the pandemic, job ads additionally included the mention that the agency provides certificates that exempts the holder from quarantine. Some urgent job postings were also adding that the caregiver who was initially supposed to fill in the position is stuck under quarantine in Poland, which might also mean they quit.

The pandemic created tensions between carers who wanted to keep working and those who accused them of putting themselves and others unnecessarily at risk or accepting the unacceptable. A sample post in the group: ‘I read more and more vulgar comments about women who want to work. This is a personal matter. None of those who comment [negatively] will feed our family or pay our bills – you have to work. […] I committed to take care of two elder people and now when they need me the most, I should leave them? I won’t.’

After restricting cross-border traffic, German authorities introduced some exemptions that could apply to live-in workers. According to the federal government’s representative for care Andreas Westerfellhaus, German authorities were not unnecessarily impeding entry and departure for care workers. Pandemic or not, there seems to be no political will to support migrant care workers in the difficulties they face. German federal and state authorities quickly introduced measures targeted at softening the economic blow of the crisis, including emergency aid for businesses and their employees, and (in some states) daily allowances for cross-border commuters. Yet, live-ins will probably not have access to these relief funds, since at least 90% do not have a German contract.

Temporary policies have also been introduced to safeguard care provision. Care- dependent people can obtain financial aid. A law also offers short-term support for employed individuals providing family care. This measure can be seen as a way of dealing with care shortages due to the departure of many migrant carers working in households and the temporary closing of adult day care centres. Given the inadequacy of these measures, families and agencies have taken matters in their own hands, organising transport individually and giving out bonus payments to care workers who decided to extend their stay. Apparently, demand for the services of brokering agencies has increased, as many self-organized migrant care workers returned home and families look for replacements.

The pandemic is a magnifying glass for all unsustainable care arrangements. In the same way that the problems of parents who bear the brunt of caring while working from home are not an individual but a societal issue, elder care needs are not a private problem for families to solve individually through exploiting foreign workers.

Anna is a postdoctoral researcher within the Collaborative Research Centre ‘Global Dynamics of Social Policy’ at the University of Bremen. Prior to starting postdoctoral research in Bremen, she defended a binational PhD in sociology at the Goethe University Frankfurt am Main and at the Université catholique de Louvain. Her research interests include social policy, migration, feminism, and the intersections of gender, class and race.

Kristin is a PhD fellow at the Bremen International Graduate School of Social Sciences (BIGSSS) and research associate at the Collaborative Research Centre on ‘Global Dynamics of Social Policy’ at the University of Bremen. Prior to that she studied Political Science and European Studies in Leipzig, Paris and Saint Petersburg. In her PhD she focuses on the role of migrants in elder care provision in Germany, with an eye on gender and the welfare state.

This article was originally published as part of Routed Magazine’s 10th issue, on the theme of “Epidemics, labour and mobility”. It is based on a project funded by the Deutsche Forschungsgemeinschaft (Projektnummer 374666841 – SFB 1342). 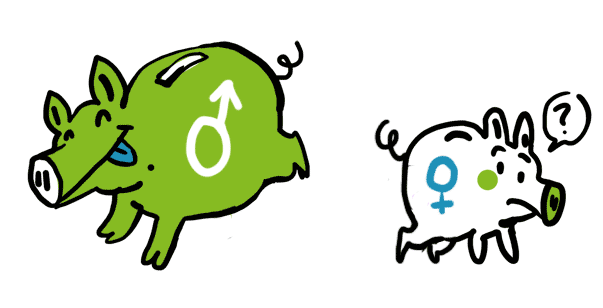